Activities & Attractions
3784 Parkway, Ste 102, Pigeon Forge, TN 37863
3784 Parkway, Ste 102 Pigeon Forge TN 37863
865.761.9241865.761.9241
https://thegreatescaperoom.com/pigeon-forge
The Great Escape Room in Pigeon Forge is excited to offer four immersive rooms including Escape Artist: The Final Séance, Poker Night at The President’s Bunker, Mountain Top Murders and Sherlock’s Study: What’s Up Watson?
The Great Escape Room was one of the originators of the Escape Room craze that has swept the country. Opened in 2015 as a family venture, they created a new genre of entertainment that set the framework for the thousands of innovative and creative artists to follow. The Great Escape Room is a real-life room escape game based on the popular computer and mobile phone games. After entering a room with your team, the door is closed and you have entered into a new and immersive reality. Within a timeframe of 60-75 minutes (depending on the escape room), it is up to you and your teammates to work together to uncover a series of clues and solve challenging puzzles which will lead to your great escape. The owners’ dream was to create a three-dimensional experience in which participants could see, hear, and fully immerse themselves with clues and puzzles that have captivated people for many years. They also wanted to make sure teamwork was a big part of escaping their rooms. The family devised a clever series of puzzles which inspire lateral thinking, and most of all, a sense of fun and adventure.
The Great Escape Room is an ideal experience for team-building events, birthday parties, a night on the town, or just an outing with the family. And the unique structure of the rooms is compatible with larger groups so nobody is ever left without anything to do. New ideas and rooms are in constant development as there is no limit to imagination.
About our rooms:
Escape Artist: The Final Seance (75 minutes)
Houdini’s beloved wife Bess has been trying for ten years to contact her late husband and tonight is her final attempt. Can you help her contact Harry from the afterlife before she gives up forever?
Poker Night at The President’s Bunker (60 minutes)
During your tour of the White House, The President’s Bunker goes into automatic lockdown due to a nuclear missile system breach. Can you stop the missiles and save the world from nuclear armageddon?
Sherlock’s Study: What’s Up, Watson? (60 minutes)
Can you complete Holmes’ test in under 60 minutes and become the newest member of the League of Masters in Elementary Deduction?
Mountain Top Murders (60 minutes)
Nana Hannah found herself a cabin deep in the heart of the Great Smoky Mountains. When Nana misses several of your weekly phone calls, you fear the worst. When you get to town, no one knows who she is. Just what will you find at Nana’s cabin in the woods?
Share
Bookmark
Claim this Listing
Sort by: Random 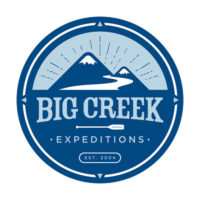 865.429.3010865.429.3010
http://www.laquintapigeonforgedollywood.com/
Bright and contemporary, our hotel is all about making your stay comfortable and affordable. Spre...